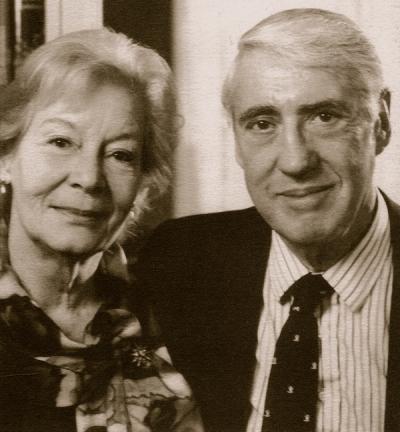 Nina Bawden was born in 1925 in Ilford, Essex. Her mother was a teacher and her father a member of the Royal Marines. She was evacuated during World War II to Aberdare, Wales, at the age of fourteen. She spent school holidays at a farm in Shropshire with her mother and brothers.

She attended Somerville College, Oxford, where she gained a degree in Philosophy, Politics and Economics.

From 1946 to 1954 Bawden was married to Harry Bawden. They had two sons, Nicholas and Robert.

In 1953, she assisted in editing the London Mystery Magazine and in 1954, married Austen Kark. They had a daughter, Perdita. She also had two stepdaughters: Cathy, who lives in New Zealand, and Teresa, who lives in London.

Her most famous work is the 1973 children's novel 'Carrie's War', which is set during the Second World War. It follows two young London evacuees, Carrie and her younger brother Nick, who are transported to a a Welsh village. The novel is standard reading in most schools.

In 2002 Nina was badly injured in the Potters Bar rail crash, in which Austen Kark was killed. Her testimony about the crash, and her exploration of the management and maintenance mistakes that caused it, became a major part of David Hare's play The Permanent Way, in which she appeared as a character.